Skip to content
Subscribe to get updates on our courses:
Thank you! Please check your inbox to confirm your subscription

As far back as I can remember I always wanted to understand life and suffer less.

I started going to weekly psychotherapy at the age of 17.  Immediately I got obsessive about it.  Finally, “I finally found a way to become happier!” I thought  I kept going to therapy once or twice weekly for the next 8 years.  It helped.  But after all that time I was still neurotic, ill-at-ease with others, socially awkward, and totally confused.

After graduating from university with a degree in finance, I moved to Santiago, Chile to start work life.  I soon found myself quite miserable, adrift, and not interested in business.  So, returned to the United States and in January of 2005, I went back to university to study psychology with the intention to become a psychologist.  There was a psychology class by the name of “Meditation, Biofeedback, and Self-Regulation”. I signed up. It was taught by one of the Early Transcendental Meditation adepts, Dr. Edward Taub.

By the end of the first week of class I knew that meditation would be the central focus of my life.

However, even after 300 days on meditation retreat and 7,250 hours of formal practice, I still didn’t feel truly settled and at ease. I had access to deep meditative states and classical insights described by the contemplative traditions. But, still there was ennui, a discomfort with life.  Something was missing.

In December of 2019, I went to participate for three weeks of the Winter Kyol Che Zen meditation retreat at the Providence Rhode Island Kwan Um Zen Center.  It didn’t go well.  I was stressed going.  I wasn’t sleeping much.  Then on retreat things got worse.  My mental health really started to deteriorate.  I started feeling ‘very weird’.  I left the retreat 3 days in.  It was the first time I left a retreat.

I had a crisis of faith in meditation.   I had done so much of it.  But, I still felt so troubled.  For the first time in 14 years, I stopped meditating.  I felt adrift in life.

On January the 1st of 2020 a friend and fellow meditator, Evan Leed, mentioned attachment theory, and the possibility of repairing early attachment conditioning.

Very quickly I recognized myself in his description of insecure attachment.  It explained so much.

So, I started studying attachment theory in January 2020, and doing meditations to repair attachment.

Studying attachment theory, and related practices was my principle vocation during all of 2020.

This made a big difference.

I now actually enjoy connecting with others. In the past I would want to be close with others.  But it was mainly because I noticed that I would get miserable when I was alone.  But, there was little joy being around others. I was ambivalent and anxious.

Moreover, a much greater ease in life started to develop.  In the past, I would mood-alter with trying to always accomplish more and more. Otherwise, I’d get depressed and feel lost.  I can still be a workaholic.  But the edges are way softer.

Another change has been my ADHD. I have struggled with ADHD my whole life. It was so hard to follow through on tasks. I’d procrastinate on most anything that involved reading or writing.  That’s changed.  The work I used to put off now gets done.

Another change is that issues that I bring up in therapy get resolved. The old pattern was that I’d work on an issue in therapy and it would not change is a sufficient way to keep me motivated to continue with therapy.  This is one of the main reasons I had quit therapy for 10 years. Now, however, problems get worked through. I get it now!

So, that’s my background as I relate with attachment repair.

I also teach meditation with an orientation towards awakening at cedricreeves.com

What is on offer here is meditation coaching. Cedric is not a psychotherapist, psychologist, psychiatrist or counselor. 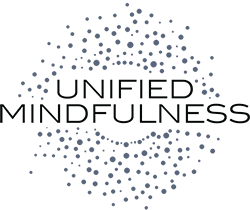 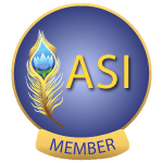 Sign up to our newsletter to be notified of upcoming online courses, workshops and retreats

Thank you!Please check your inbox to confirm your subscription